Poppy On The Beach

On Friday 4th July, Sefton CVS in partnership with Sefton Council & The Royal British Legion organised a large-scale commemorative event on Southport waterfront. Poppy On The Beach saw a total of 5,821 schoolchildren from across Sefton break the world record for the largest human poppy. Sefton residents aged 96 years an over (meaning they were born during WW1) were invited to attend as VIP guests alongside local partners and stakeholders.

Click here for full details of Poppy On The Beach, or visit www.seftoncvs.org.uk/poppy.

As part of the 2014-18 World War One Commemorations, Sefton CVS are asking for contributions and reflections from local partners and people – telling us what remembering World War One means to them.

Please click here for some of our first contributions, and if you would like to submit your own story or reflection, please email communications@seftoncvs.org.uk.

Remember WW1 is a not-for-profit campaign to mobilise volunteer activity around the commemoration of World War 1.

We aim to inspire and encourage individuals, communities and organisations to reflect upon the sacrifice, service and impact on society of WW1 and to get involved in volunteering and community projects today. We encourage personal and collective reflection and support action by highlighting opportunities for getting involved in a wide range of voluntary initiatives across the UK.

Click here for full details of the Remember WW1 campaign

Together, through the First World War Centenary Programme, a vibrant global programme of cultural events and activities, and online resources, we are connecting current and future generations with the lives, stories and impact of the First World War. 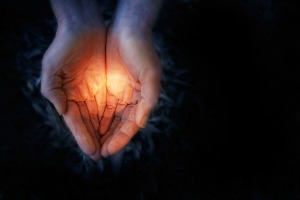 LIGHTS OUT is an invitation to everyone in the UK to turn off their lights from 10pm until 11pm, leaving on a single light or candle for this shared moment of reflection. In a dramatic nationwide event, the UK will plunge into darkness between 10pm and 11pm on 4th August 2014: Upon this darkened canvas single lights will appear across the four nations, marking the hour that Britain entered World War 1 one hundred years ago.

LIGHTS OUT is a headline project of the cultural programme 14-18 NOW and was initiated by the Department for Culture, Media & Sport; 14-18 NOW is a curated programme of new art works across the UK that forms part of the official commemorations of the Centenary of the First World War, and is hosted within Imperial War Museums. 14-18 NOW is funded by the National Lottery through Arts Council England and the Heritage Lottery Fund. LIGHTS OUT complements a candlelit vigil of prayer to be held at Westminster Abbey from 10pm-11pm on 4th August.

Severn & Somme (28th July): To commemorate WW1 The Atkinson  is showing a 52 minute drama documentary about the remarkable life of Ivor Gurney, the First World War poet and composer.  Ivor’s genius for music and poetry has been rediscovered in recent years and “the country boy they called Schubert” wrote hundreds of poems, more than 300 songs and  instrumental works. The film of his life produced by Redcliffe Films was shot on locations in Bristol and in Gloucestershire . the actors in the film are all local people from Bristol. Showing times- 1:30pm & 6:30pm.

Remembering the Great War (11th August): Clare Wilkinson soprano, John Turner recorder, Thomas Verity clarinet, Ian Buckle piano.The music of composers who were involved in World War 1 (whether as combatants, victims or prisoners), along with composers who offer a modern day perspective on War and Peace. Part of The Atkinson’s WW1 commemoration programme with musicians from  the Royal Liverpool Philharmonic.

Over the coming weeks and months, Sefton Library Service will work in partnership with the Volunteer Centre Sefton to produce an educational pack and deliver a workshop programme for local schoolchildren across Sefton – providing an insight into the impact of World War One on the Sefton community. .

The information and resource packs will provide a legacy document for the local community and provide a learning experience which develops and  enhances children’s understanding of local history, particularly in relation to WW1, in the area they live.

Running alongside the booklet will be an exhibition which tells the story of the people of Sefton during WW1,  those who went off to war and those who remained at home.

Sefton Carers Centre aim to host a wide range of events at the Centre that will engage the local Community in commemorating World War One. Each day of the week will be linked with each year of the War – from the outbreak of hostilities in 1914 to the long-awaited Armistice in 1918.

Details have still to be finalised but there will be film and media events, exhibition stands and displays, WWI workshops in cookery, knitting, sewing, crafts, emergency first aid, times gone by, wartime singing, local family history, reading, literature and poetry to name but a few. Other activities and events are being added all the time, including a coach trip to Salford Museum.

Local community group Crosby and Waterloo In Bloom are to create a special sculpture and World War One Commemorative flower bed in Crosby.

Crosby and Waterloo In Blom will be installing a WW1 Commemorative Flower Bed in Crosby on the side of the A565 at the Moor Lane/Northern Roundabout junction. The installation will remain for 4 years and be maintained by Crosby & Waterloo In Bloom for the full period.

It will contain a silhouette of soldiers coming off a battlefield and three large poppies with “LEST WE FORGET”.

You can support this special WW1 Sculpture by donating via Sefton 4 Good. Please click here for information.

One Vision Housing are to hold a special WW1 Centenary Event at Bootle’s Firwood Cricket Club on Thursday 21st August 2014.

For more information on One Vision Housing, and upcoming events, please visit www.ovh.org.uk

Come and do your bit! Join us for a WW1 Dinner Dance on Saturday 2nd August 2014 at Croxteth Hall, West Derby.

The evening includes a three course meal and entertainment, and 1900s style fancy dress is essential! There will be a late bar – so order your carriages for 12.30 – 1am.

Full details of The Strand’s World War One Commemorative events and activities will be shared by Sefton CVS in the coming weeks. For more information on The Strand, please visit www.strandshoppingcentre.com

The Atkinson are currently developing an exhibition to commemorate the part played by the people of Sefton in World War One. Sefton Remembered: Commemorating the Great War, will explore the personal impact of the first total war on life at home for people across Sefton. Organisers are looking for material relating to World War One to support this exhibition. We are especially interested in material relating to Bootle and the southern parts of Sefton borough.If you think you have any material that may be of interest please contact Jane Brown, Museums and Gallery Officer. jane.brown@sefton.gov.uk.