The South Sefton Macmillan Community Navigators service have teamed up with Sefton CVS’s Community Connectors project to host a series of Macmillan Coffee Mornings across Sefton this September.

Everyone is welcome to join us, and please see below for details of each event:

For more information about any of the Coffee Morning events,  or to confirm your place, please email navigators@seftoncvs.org.uk or call Sefton CVS on 0151 920 0726 to speak to the Macmillan Community Navigator team.

Tom, from Maghull, is among a team of mechanical engineers from the Royal Air Force who have been selected to carry the RAF 100 Baton across the country to celebrate the service’s centenary.

They will be taking the baton with them as they attempt to complete the ‘three peaks’ challenge in 24 hours for charity.

Tom Carr, 22, will be among a team of ten who will take on the challenge, climbing Ben Nevis, Scafell Pike and Mount Snowdon.

The specially designed baton set off on a journey around the UK and abroad on April 1 and will be carried by different volunteers that all have a connection to the RAF, and will visit 100 sites around the UK associated with the service.

The team will be raising money for the four main RAF charities, which are: The RAF Benevolent Fund; The Royal Air Forces Association; the RAF Museum; and RAF Charitable Trust.

The RAF 100 Baton will be delivered to The Queen in London on July 10 at Horse Guard’s Parade.

The group are all based at Number 4 School of Technical Training at MOD St Athan. The group are training to be general technicians.

Tom said: “We will be pushing ourselves to the extreme to climb the three highest mountains in the UK in under 24 hours.

“It will be tough, but being part of the RAF 100 Baton Relay and also raising money for the RAF 100 appeal is a great privilege for us all.”

The team will set off from MOD St Athan in Wales on June 15 and stay overnight at Lochaber Air Cadet Squadron.

They will then tackle Ben Nevis first, followed by Scafell Pike and then Snowdon.

Tom added: “I am doing this because it is important to remember and thank the veterans who fought and died for the sake of our country, and the Air Force.

“It is also important to thank the people serving today in uncertain times and also to inspire the next generation to ensure the Royal Air Force can last another century.” 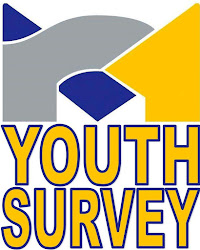 Maghull Town Council are currently conducting a survey to find out what the young people of Maghull are looking for in regards to services and activities.

Maghull Town Council are actively looking to expand what is available within the town and hopefully create new opportunities.

The survey is open to all young people aged 11 to 21 years old. It will take no more than three minutes. Please share your views with us!

Active Sefton has released its exciting line up of activities taking place over the October half term (October 23-28).

The ‘Spooky Spectacular’ timetable includes lots of fun activities available for 2-16 year olds to keep them entertained during the school break.

END_OF_DOCUMENT_TOKEN_TO_BE_REPLACED

A stained glass window has been unveiled at Maghull Train Station in memory of two remarkable local men.

Nigel Winchester and Alan Pritchard were both chairmen of the award-winning Maghull Station Volunteers group.

The pair were committed rail enthusiasts and passionate about the station, which has won numerous awards under their stewardship, including the National Train Award for Best Small Station in 2013.

In honour of their service a stained glass window, which signifies the railway as the gateway to the world, has been installed in the Liverpool-bound waiting room.

The window, which was created by local organisations, Maghull & Lydiate U3A Glass Group and Maghull Double Glazing, celebrates both the old and the new, showing a steam train and a modern train with the railway lines crossing to various world landmarks.

Nigel’s widow, Ena, said: “I am delighted that Nigel’s voluntary work at Maghull Station, and many other projects in the Maghull area have been recognised.”

Jan Chaudhry-van der Velde, managing director of Merseyrail which funded the project, said: “Nigel Winchester will always be remembered at Merseyrail for his unstinting dedication to the station and his community.

“When Nigel died Alan Pritchard took over the mantle of chairman. The station continued to blossom under his chairmanship and guidance.

“The local commuters frequently stop to admire the wonderful display of plants and congratulate the volunteers on the good work that is done, and what a pleasure it is to travel from the station.

“This window will act as a permanent tribute to the two men who have made such an impact to their community with love and commitment to their surroundings and their neighbours.”

Maghull Station Volunteers have previously won the Spirit of Merseyside Grassroots Award and Sefton In Bloom’s Best Community Garden Award. They were also runners up in the Best Station Adoption Group, from The Association of Community Rail Partnerships (ACoRPS).

At an emotional ceremony last week, the window was unveiled by Nigel and Alan’s widows’ Ena and Eileen, alongside the Mayor of Maghull Councillor Byrne. It was then officially dedicated by the Reverend George Perera.

Held on the last Friday of every month at Maghull British Legion, MYASC now has hundreds of members who travel to the popular club night to socialise in a safe, friendly environment with a professional DJ and licensed bar.

The intergalactic appearance was made possible by members of the Star Wars Appreciation Society organised by former MYASC DJ Phil Marshall.

Club organiser Viv Penn said “Our 15th birthday celebrations were fantastic, and a big thank you must go to members of the Star Wars Appreciation Society for coming along and surprising our members”

“On behalf of the club, I wanted to extend a special thank you to Maghull Art Group who continue to support the club both financially and by volunteering on the night”.